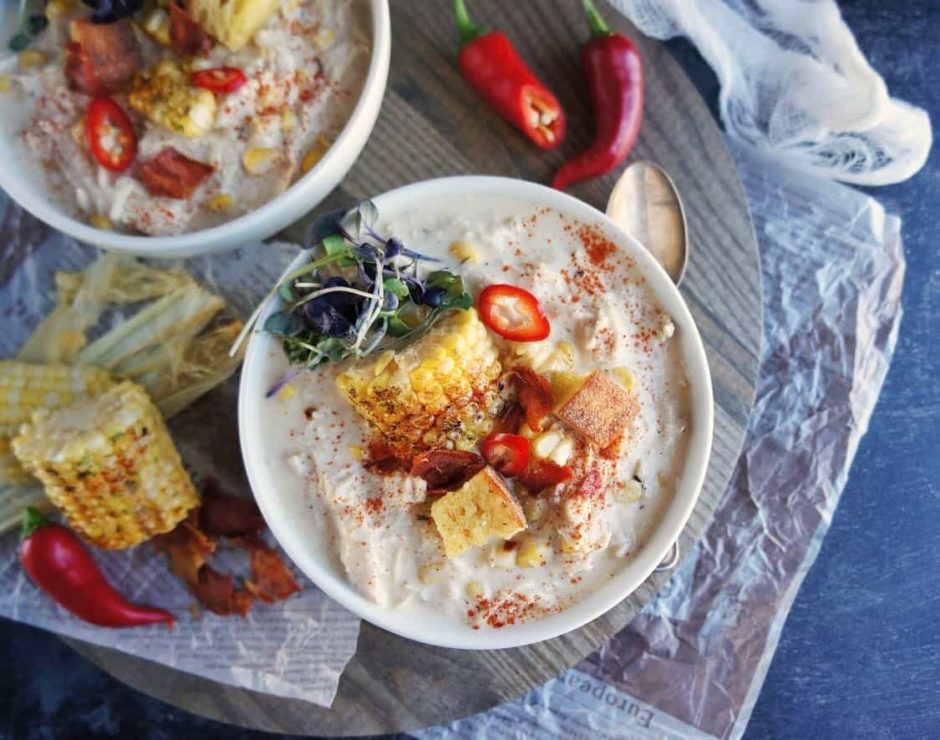 Are you craving comfort food? This creamy, spicy chicken corn chowder is the going to hit the spot!

I’m pretty sure I could make this recipe about 1,000 times and never get tired of it. It’s like a giant hug in a bowl, so creamy and filling!  The sweetness of the corn and heat of the chili pepper are perfect compliments and create yummy chemistry in your Crockpot.

What is the difference between soup and chowder?

Bisques and chowders both types of thick soup; bisque is generally smooth while chowder is chunky.

A chowder is a thick, rich, chunky soup usually made with a white sauce base.  Originally, it was a fishermen’s stew made with seafood but today, there are lots of variations of chowder, including vegetable, potato and corn chowders! 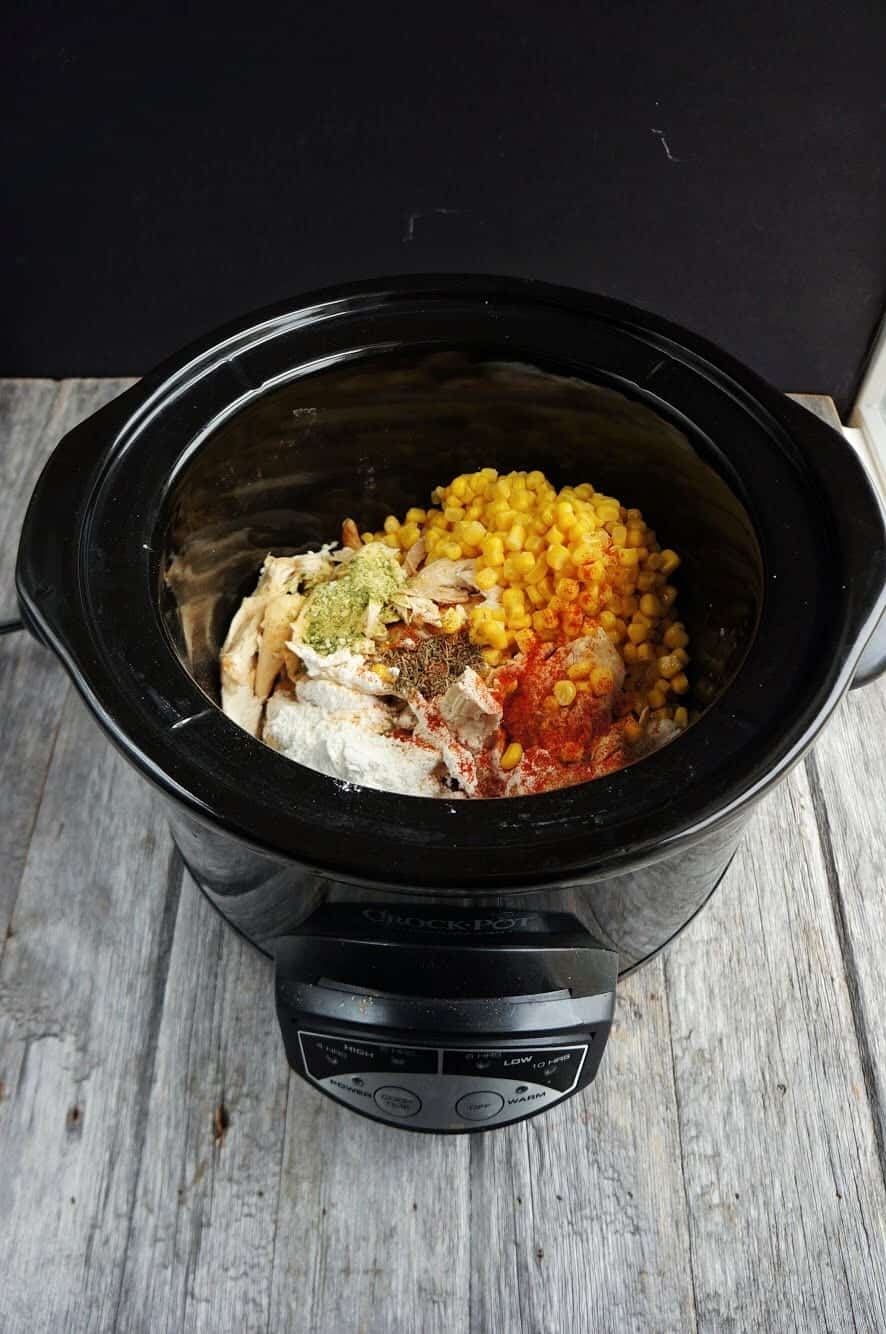 How do you thicken your chicken corn chowder?

There are a few different ways to thicken a liquid.  You can add flour, a cornstarch slurry, or other thickeners.  Starches thicken soup and give it body. Before adding a thickener to the pot, you want to whisk a few tablespoons of starch into a little of the broth in a separate bowl, and then add it to the rest. This prevents the starch from clumping and helps it dissolve into the soup evenly.  In this soup, I’m tossing the chicken and corn in flour before adding the stock.  I like to whisk while the stock is going in so that no clumps form. 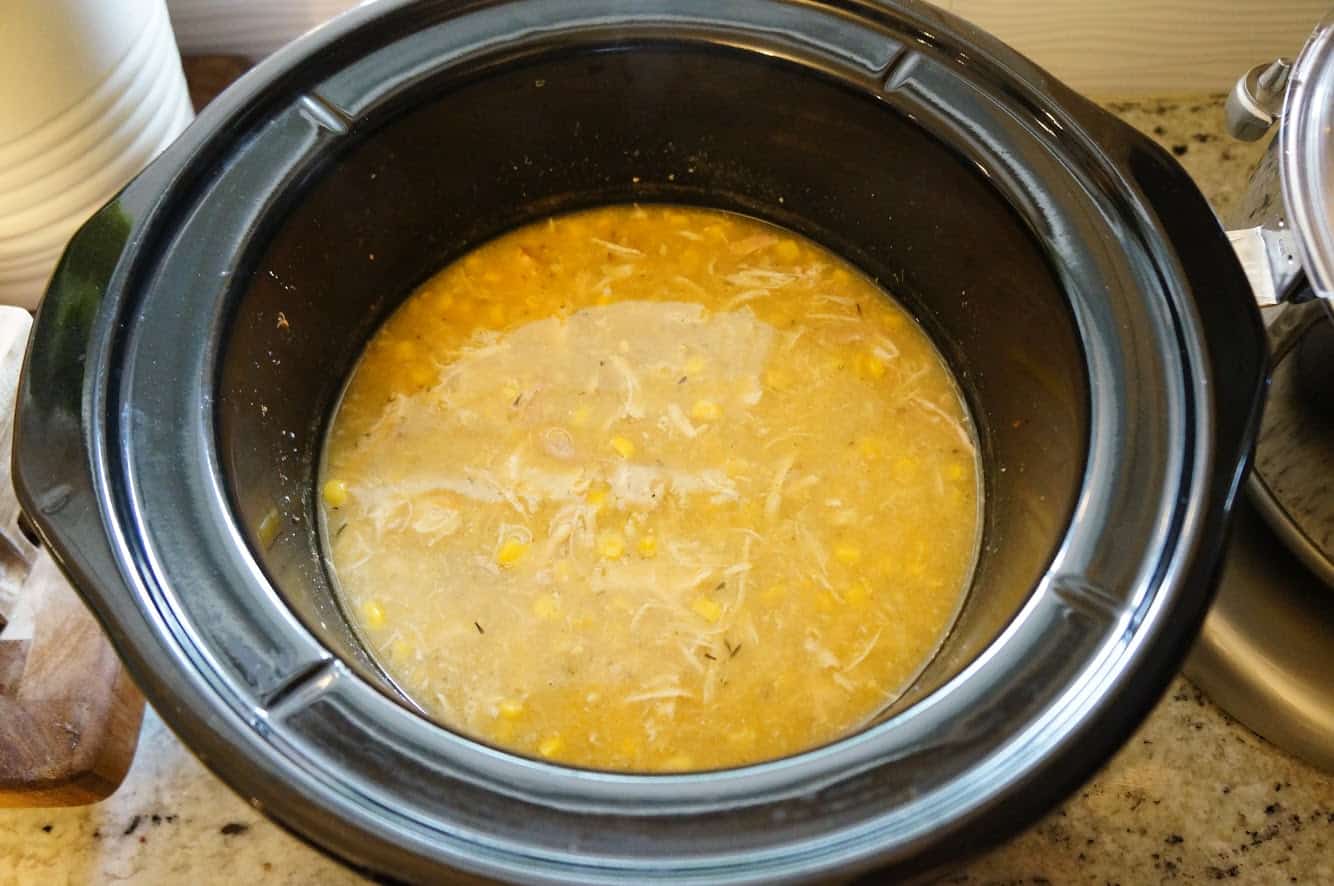 What ingredients are in corn chowder?

It is similar to New England clam chowder, with corn used in place of or substituted for clams in the recipe. The basic ingredients in corn chowder include corn, chopped onion and celery, cream, butter, flour, salt and pepper. 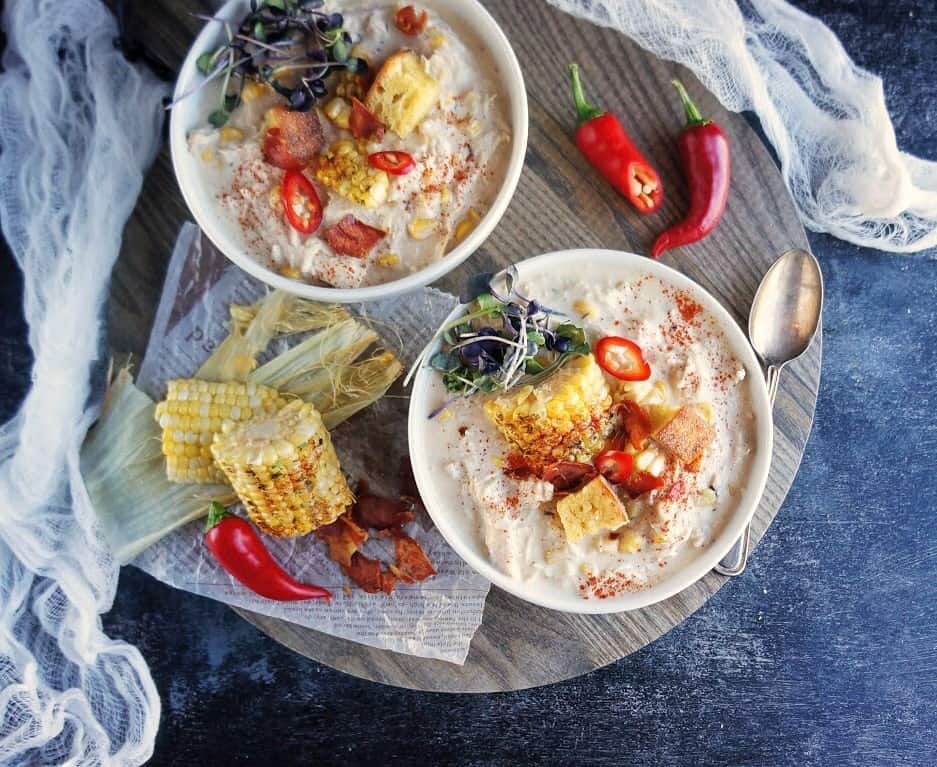 A couple tips to make this chowder THAT much tastier? Melt a little butter and brown the chicken before adding to your slow cooker.  Even though you are going to shred it later, that caramelization gives the chicken great flavor and texture that makes the soup that much more delicious.

When I garnished the soup, I used some homemade croutons, slices of red chili peppers and some fried proscuitto.  I had some microgreens left over from my portobello mushroom tacos that I placed on top, and lastly, I sprinkled paprika and freshly ground pepper on top for some extra texture and color.

Hope your bowls are filled with this yummy soup soon! Happy slow cooking! 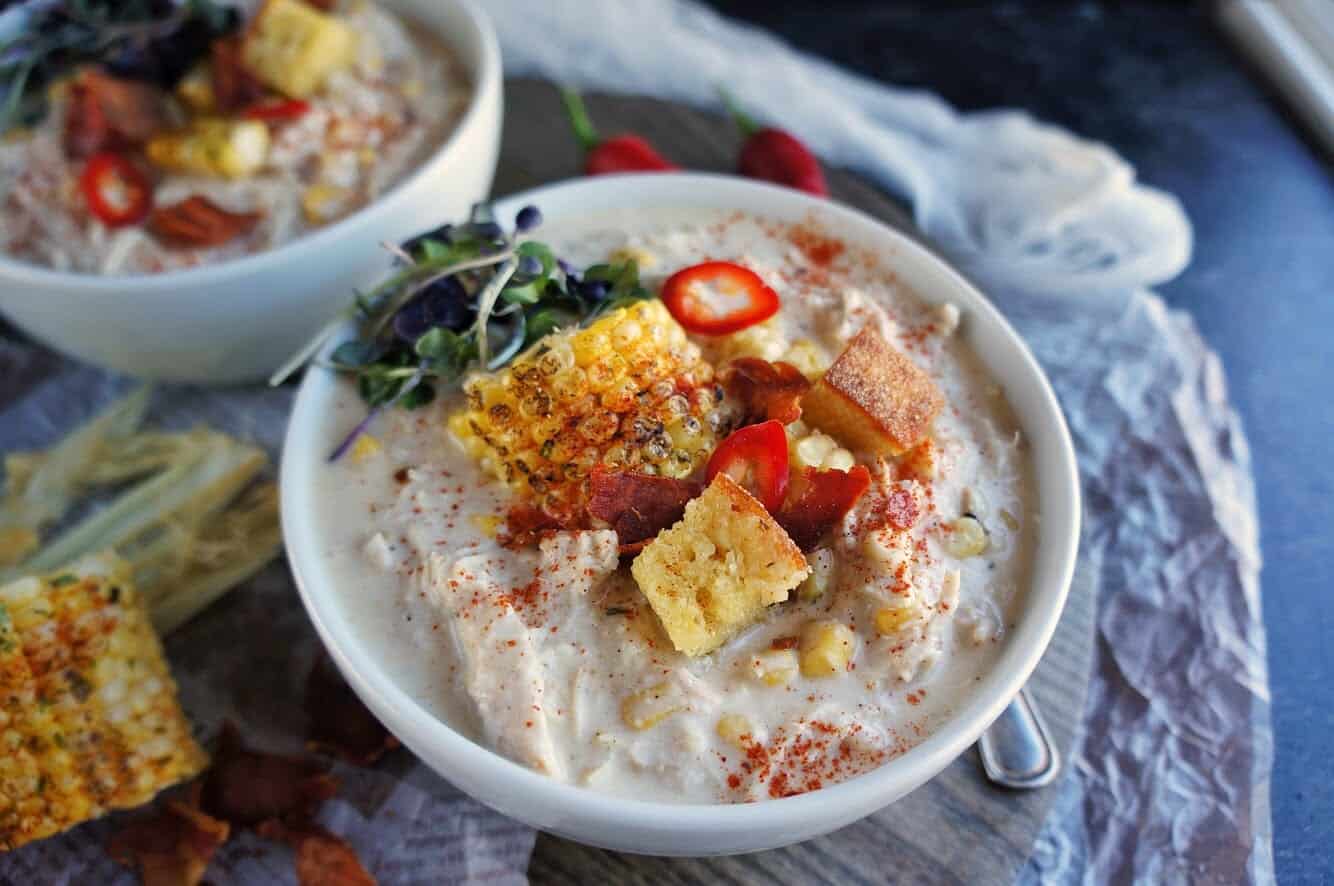 If you loved this recipe, be sure to check out my cauliflower cheddar soup! 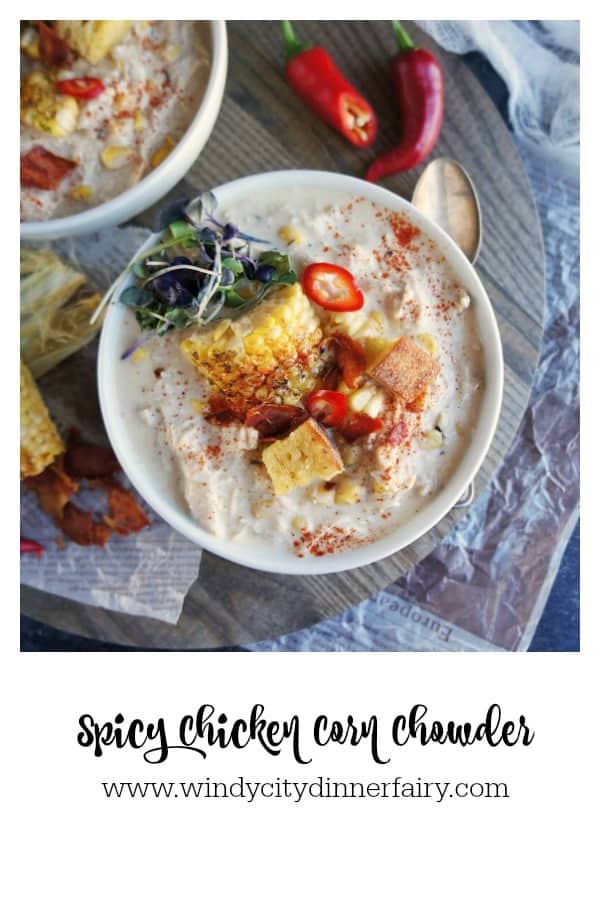 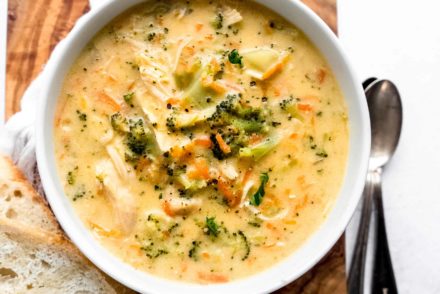 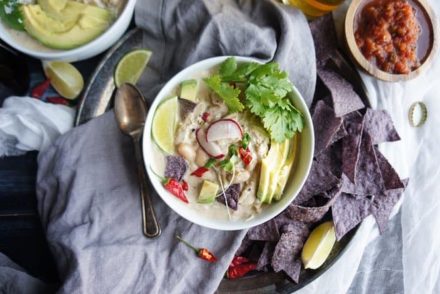 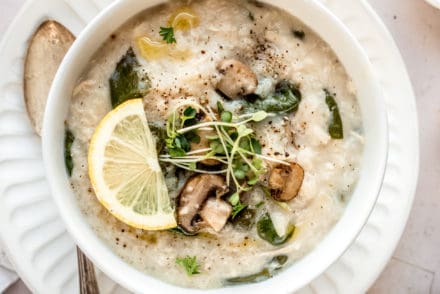 The key to summer entertaining is a great summer c

I’m growing strawberries for the first time in o

All the flavors of key lime pie with a boozy twist

Nothing says summer like a bright and fresh Bluebe

Pineapple and salmon are a match made in heaven. T

Grilled Peach and Steak Salad with blue cheese, re