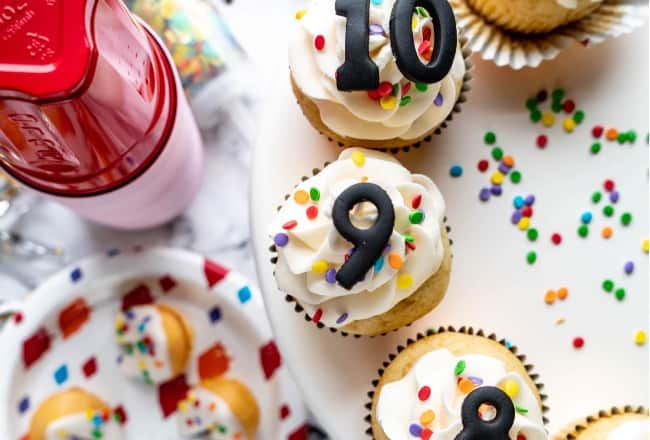 Ready to ring in the new year in a sweet way?  These New Years’s Eve Confetti cupcakes are the perfect way to celebrate the start of a new decade!

The end of the decade is near!  It’s so hard to believe that this year is almost over, and another New Year’s Eve is upon us.  For the last few New Years, we’ve traded waiting in line for drinks at the bar to a good meal and craft cocktails with friends at home.  It’s been a nice change, and it gives me a chance to show off my hosting skills!  We’ll be doing something low key this year since baby dinner fairy as joined us, and maybe invite some friends over with kids of their own!  That means I’m keeping things light and colorful to ring in the new decade… 2020!! I’m partnering with Solo Cup to show you how to make these adorable New Year’s Eve Confetti cupcakes that your guests will love! 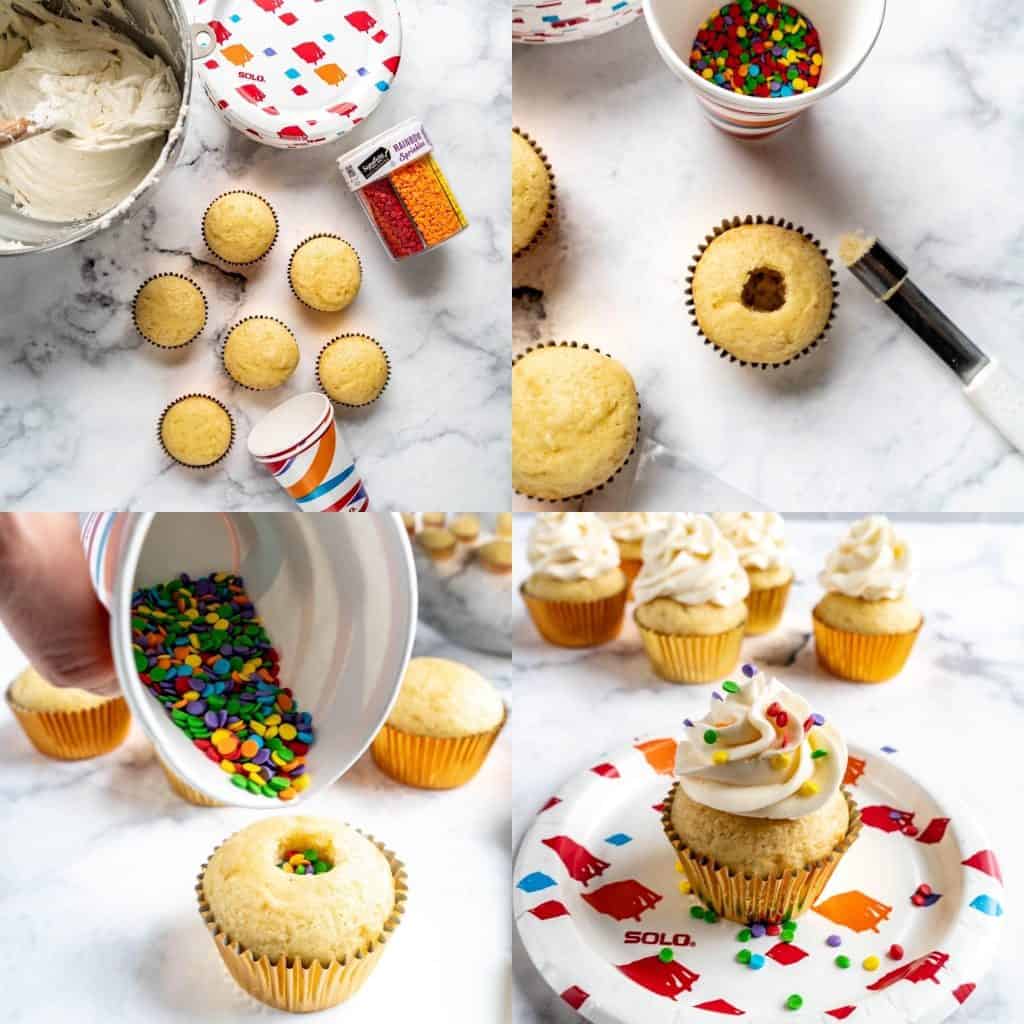 I’ve made filled cupcakes plenty of times in the past, and they’re always a hit with my clients!  It’s a fun surprise for people that aren’t expecting that burst of flavor inside each cupcake.  These confetti-filled cupcakes take it a step further, and give you a little texture burst when you bite into them!  The kids will especially love when the sprinkle “confetti” comes pouring out with the first bite.  There’s just something so fun and exciting about all those beautiful colored sprinkles!  A perfectly colorful way to celebrate the new year!

Start by baking your cupcakes.  Boxed cake or from scratch, it doesn’t matter!  Choose a flavor you and your guests will love. If you’re using a boxed cake mix, I like to replace the water that a typical box cake calls for with milk.  It makes them taste like they’re made from scratch!  Your guests will never know the difference!

What do I need to make New Years’s Eve Confetti cupcakes?

A piping bag or ziplock bag

How do I make New Years’s Eve Confetti cupcakes? 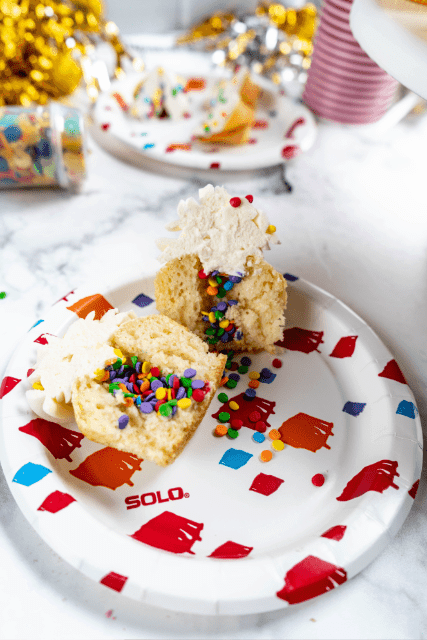 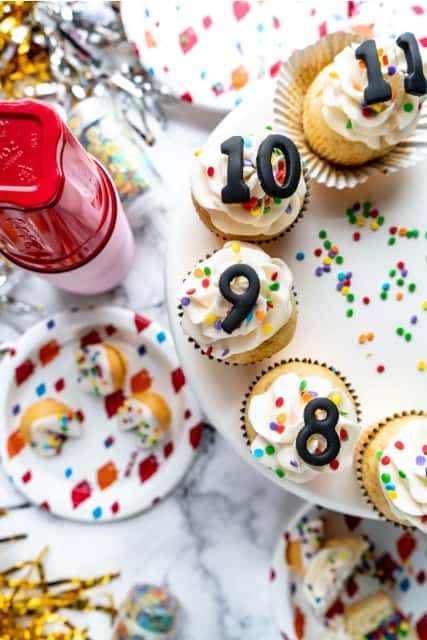 If you loved this tutorial, be sure to check out my zombie brain Halloween cupcakes! 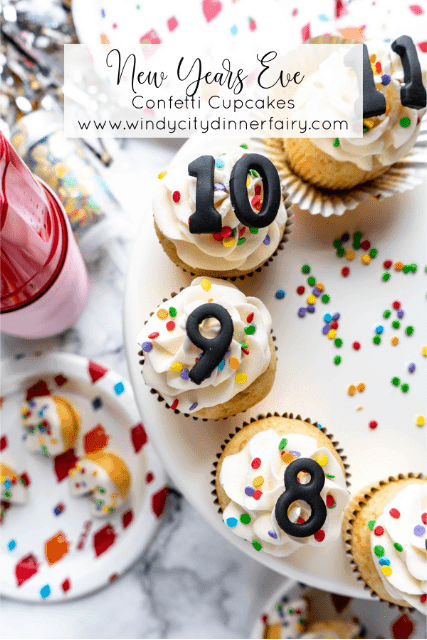 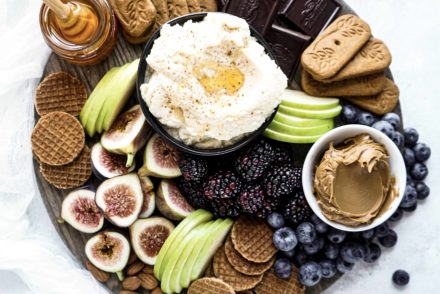 How to Make a Dessert Board 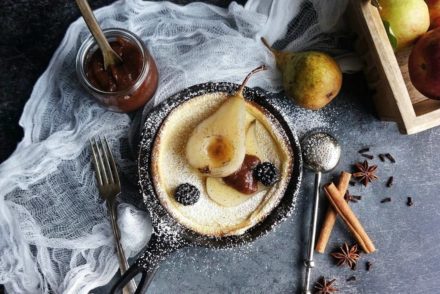 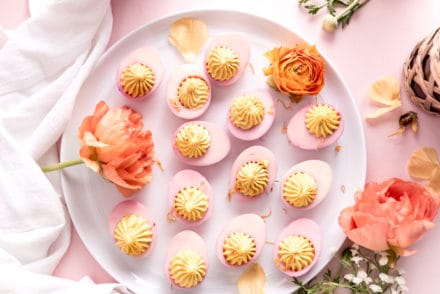 The ultimate easy appetizer is a charcuterie board

This fall pumpkin butter board made with Anchor Da

This Roast Beef Crostini is a simple appetizer any

Can we all agree that toasted coconut and chocolat

Try a different kind of bird this Thanksgiving! Th