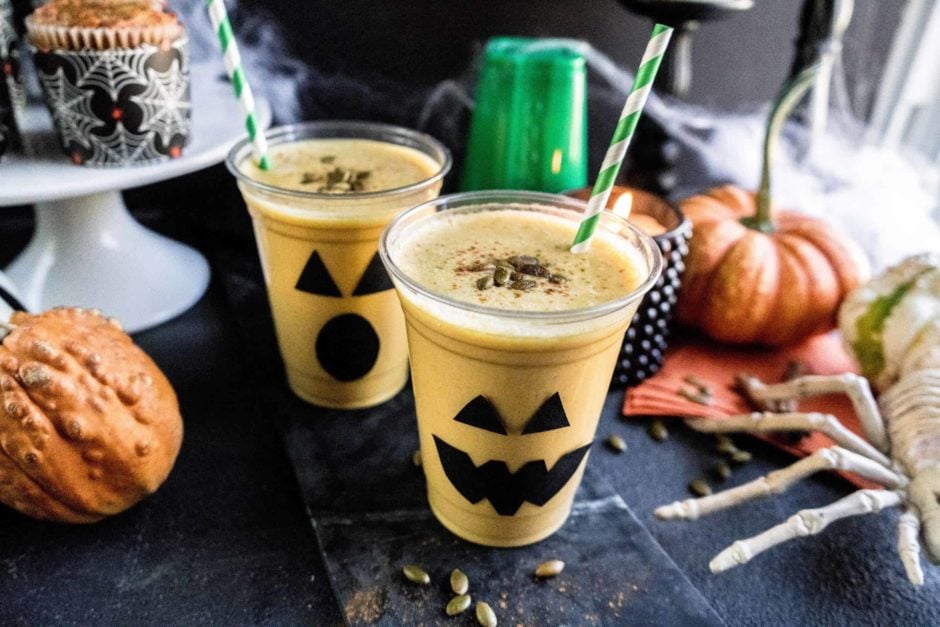 Creamy, smooth, and with just a touch of sweetness, this Jack-O-Lantern Pumpkin Smoothie is so easy to make! With a handful of oats and creamy greek yogurt, this smoothie tastes exactly like pumpkin pie in a cup! Are you ready to have dessert for breakfast?

It’s officially fall, and you know what that means?!? Pumpkin spice season! Some may roll their eyes when the hear those words, but I’m the biggest fan! For me, it’s the flavors of fall that really make everything so wonderful. I’m partnering with Solo Cup today to show you how to start your day in the most delicious pumpkin way, with this Jack-O-Lantern Pumpkin smoothie!

Is pumpkin good for you?

This fall squash actually has tons of amazing health benefits. Contrary to what most people think, the pumpkin is actually a FRUIT, not a vegetable! A fruit is, “the usually edible reproductive body of a seed plant.” Pumpkins are edible, and if you’ve ever cut one open, you know it’s full of seeds, so the pumpkin is the fruit of the pumpkin vine. However, because it’s so filled with nutrients, it’s more similar to a vegetable. Call it what you want, it’s all delicious to me! 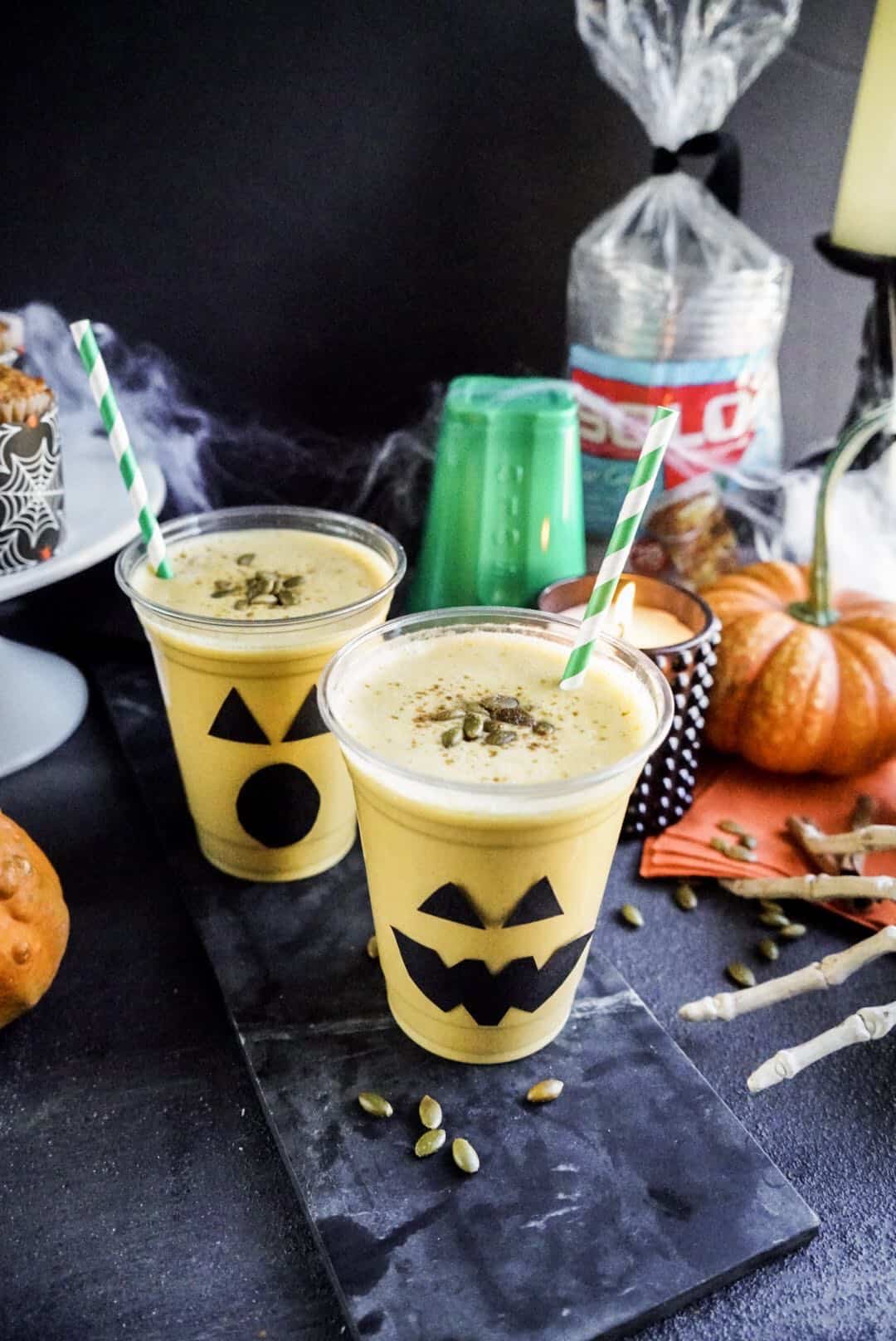 Are Pumpkin Smoothies Healthy for you?

Pumpkins are full of vitamin A, among many other nutrients. Vitamin A is important for your vision, the immune system, and reproduction. It also helps the heart, lungs, kidneys, and other organs working properly. Pumpkin is also high in antioxidants, vitamin C and E. Pumpkin is considered a nutrient-dense food, which means it’s incredibly low in calories despite being packed with nutrients! That’s a win in my book! That’s what makes it the perfect fall ingredient for my Jack-O-Lantern Pumpkin smoothie!

How Do I make a Jack-O-Lantern Pumpkin smoothie?

The next morning, combine the following in a blender:

Blend until smooth and pour into your Jack-O-Lantern smoothie cups! Stick a cute green straw in and you’re good to start the day! 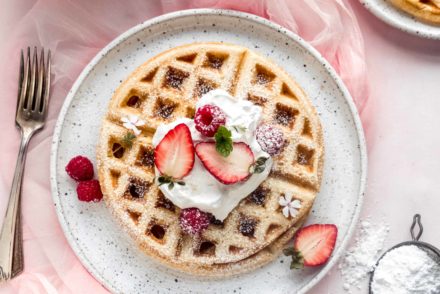 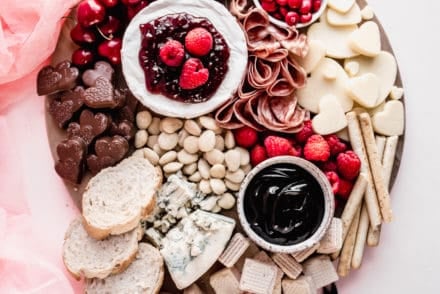 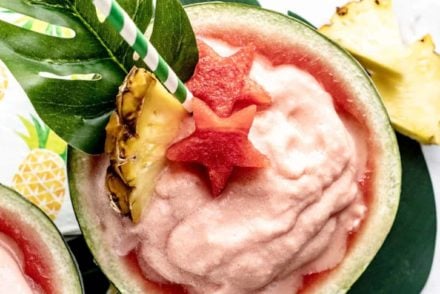 Hi! I'm Nicole. I am a classically trained pastry chef turned blogger and food stylist, here to show you beautiful charcuterie boards, grazing platters and easy recipes for entertaining! Thanks for stopping by! About Nicole

When your prop closet dreams come to fruition 🤍

Valentine’s Day is around the corner and my crea

Pasta is my happy place 🖤 double tap if you agr

Very into the new charcuterie bowl trend for 2023.

Pesto Zucchini Noodles with Baked Meatballs is a q

Use store bought pizza crust or homemade to make m