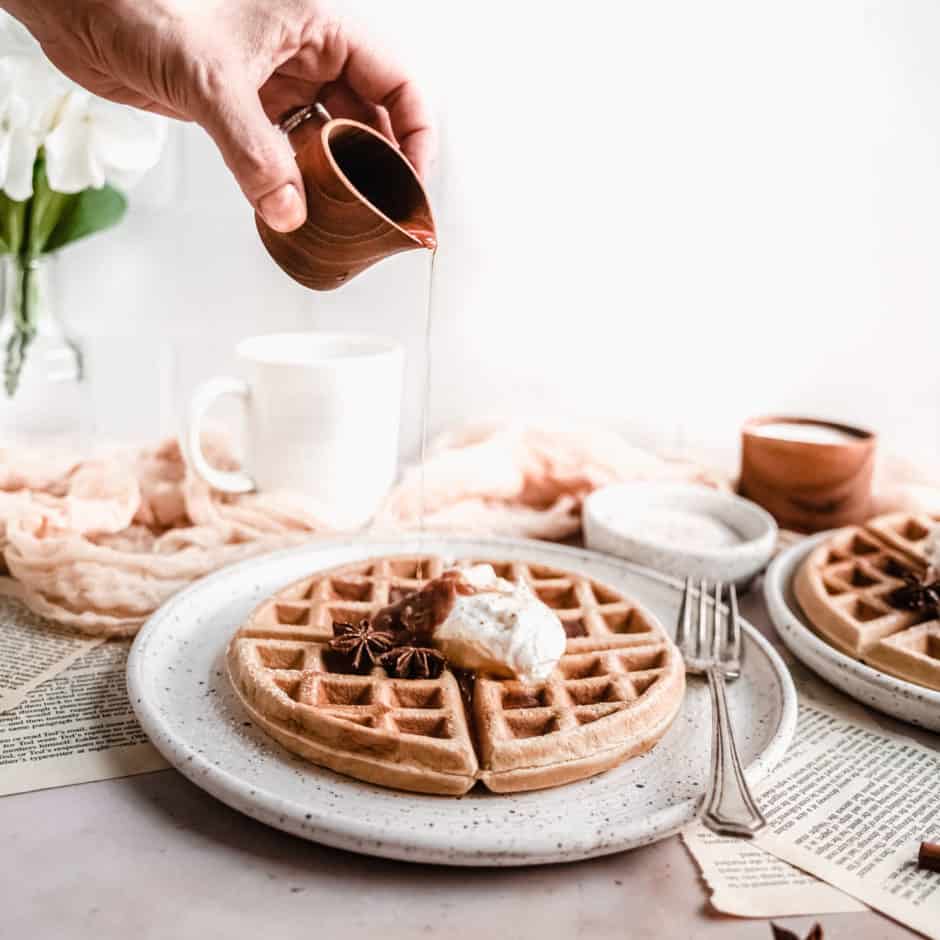 Need a recipe for the perfect Fall weekend breakfast or brunch? My Apple Butter Waffles made with homemade cinnamon whipped cream make a quick fall breakfast everyone will love!

Fall is in the air! The weather here in Chicago has been just dreamy, and after our trip to the pumpkin farm the other weekend, I’m in a fall baking mood! Apple picking is another favorite fall activity, and there are so many apple recipes that come out of it! Apple pie, apple cinnamon oatmeal, apple chips, and apple butter!

These easy Apple Butter Waffles are another one of my favorite fall recipes! So fluffy and spiced with all of your favorite fall flavors. Apple butter is mixed right in the batter, and creates the most incredible smell that fills your home for a special weekend breakfast. Drizzle them in maple syrup, powdered sugar, more apple butter, and homemade cinnamon whipped cream to this fall treat.

What do you need to make apple butter waffles?

Why should you use buttermilk in waffles?

Similar to pancake batter and cake batters, buttermilk reacts with baking soda to create a beautiful rise, creating extra fluffy apple butter waffles. A little extra baking powder is included to ensure the best lift. If you can’t find buttermilk at the store, you can make your own at home by combining 1 cup of milk with 1 tablespoon of vinegar or lemon juice. Let the milk sit for 5 minutes and you’ll have homemade buttermilk!

Tips for making the best waffles:

Pour your batter into a non-stick heated waffle iron and let cook until you have a nice golden outside and soft inside.

To make the cinnamon whipped cream:

Add the vanilla, cinnamon and Powdered Sugar to the whipping cream.

Whisk on medium until the cream reaches stiff peaks.  Top waffles with cinnamon whipped cream and dollop of apple butter 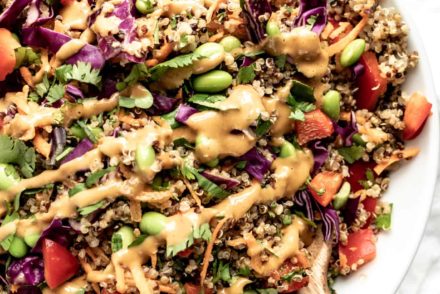 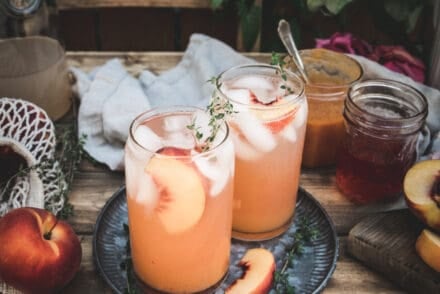 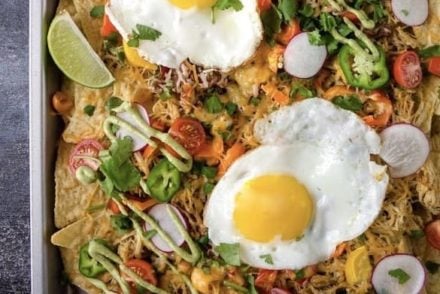 The BEST Meat & Cheese Charcuterie Board

Happy October!! Who else is excited for the spooki

Skip the bread and use roasted sweet potato rounds

Instant Pot Sausage and Gnocchi Soup is so easy to

This fall waffle board is the perfect breakfast en